Was the #Astros punishment not enough?

1. Fried shouldn’t be in the rotation.
2. Anderson, Muller, and Wilson are not top prospects.
Hernandez should be the opening day starter.
3. Freeman is selfish.
4. Acuña doesn’t hustle.
#Braves 😬😳

@TheAthleticATL @JeffSchultzATL It’s a shame we never saw Freeman healthy with JD. Oh, what could have been for #Braves

Snitker should have been fired for forcing Frederick Charles to go through that. This pisses me off. #Braves 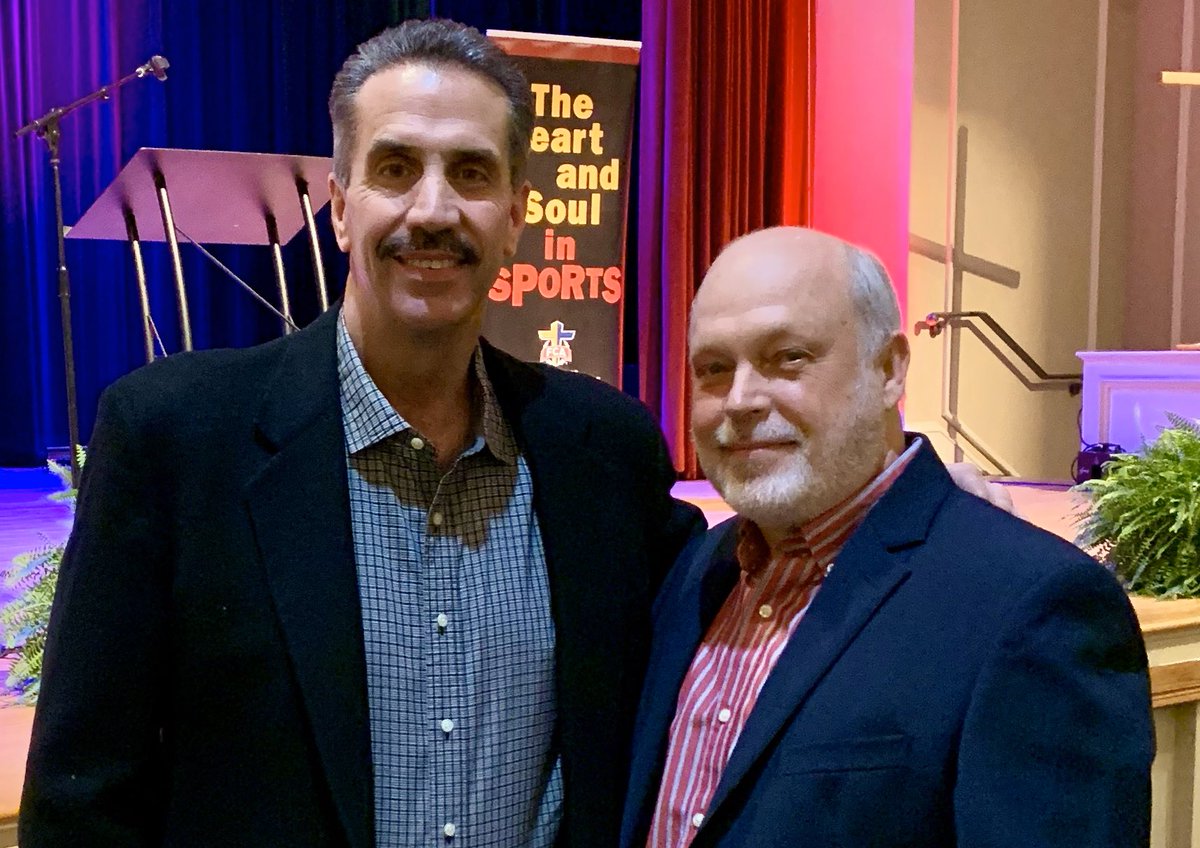 It was my honor to MC the Fellowship of Christian Athletes, banquet. Former #Braves player, Sid Bream, was the speaker. He is a really nice guy, and his message touched my heart. ” In the end, the only thing that matters is, do we know Jesus.” Thank you, Sid, for that reminder. 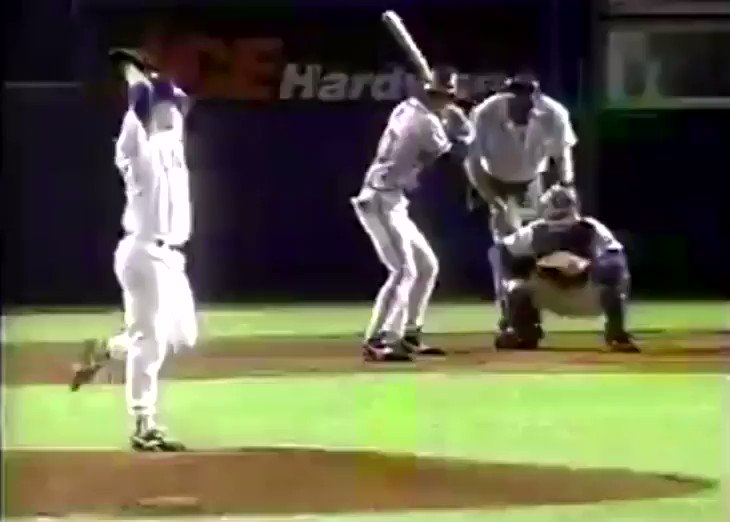 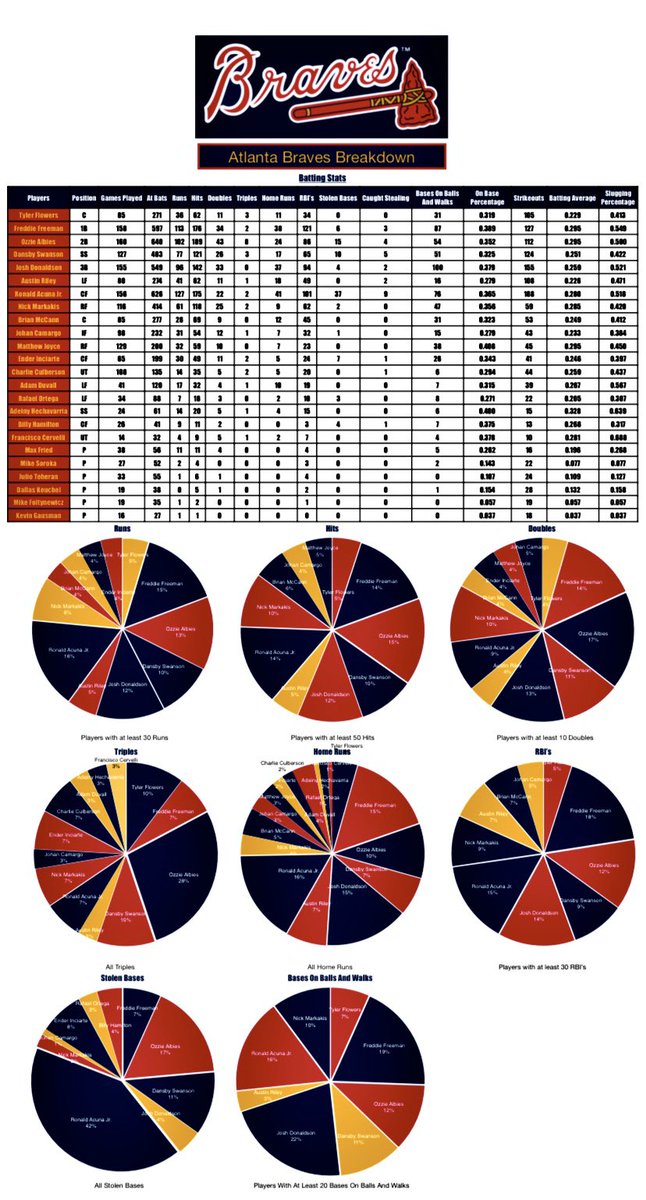 #FantasyBaseball MLB cheat codes starting to be put up on the site. Come check them out. #MLB #AtlantaBraves #braves #cheatcodesports

Is this the year Wright establishes himself on #Braves?

So this is all it takes to get blocked by @keithlaw. Careful #Braves fans. Seriously though, I didn’t even make a personal attack on you. All I said was I normally value your opinion but this time you are way off.

@keithlaw @Gmoneyball101 @TheAthleticMLB I’ve never seen you so far off on a player, Keith. Waters is one of the most talented prospects in the #Braves system. Not having him inside your top 100 when MLB has him as 26 overall makes you look quite incompetent and we know you aren’t THAT incompetent.

If we lose Freddie Freeman I’m out. Know that #Braves

The #Braves future was on display today as Cristian Pache and Drew Waters combined to drive in three runs today in #SpringTraining.

People are over and under-reacting to this Freddie news. Until I hear more, I’ll take the man at his word & you should to. My breakdown: he was trying to stay on the field & took it too far. With good health ahead, I hope for twitter’s sake & Freddie’s, this was isolated. #Braves

Well if this isn’t the sweetest 🥰 #Braves #SpringTraining 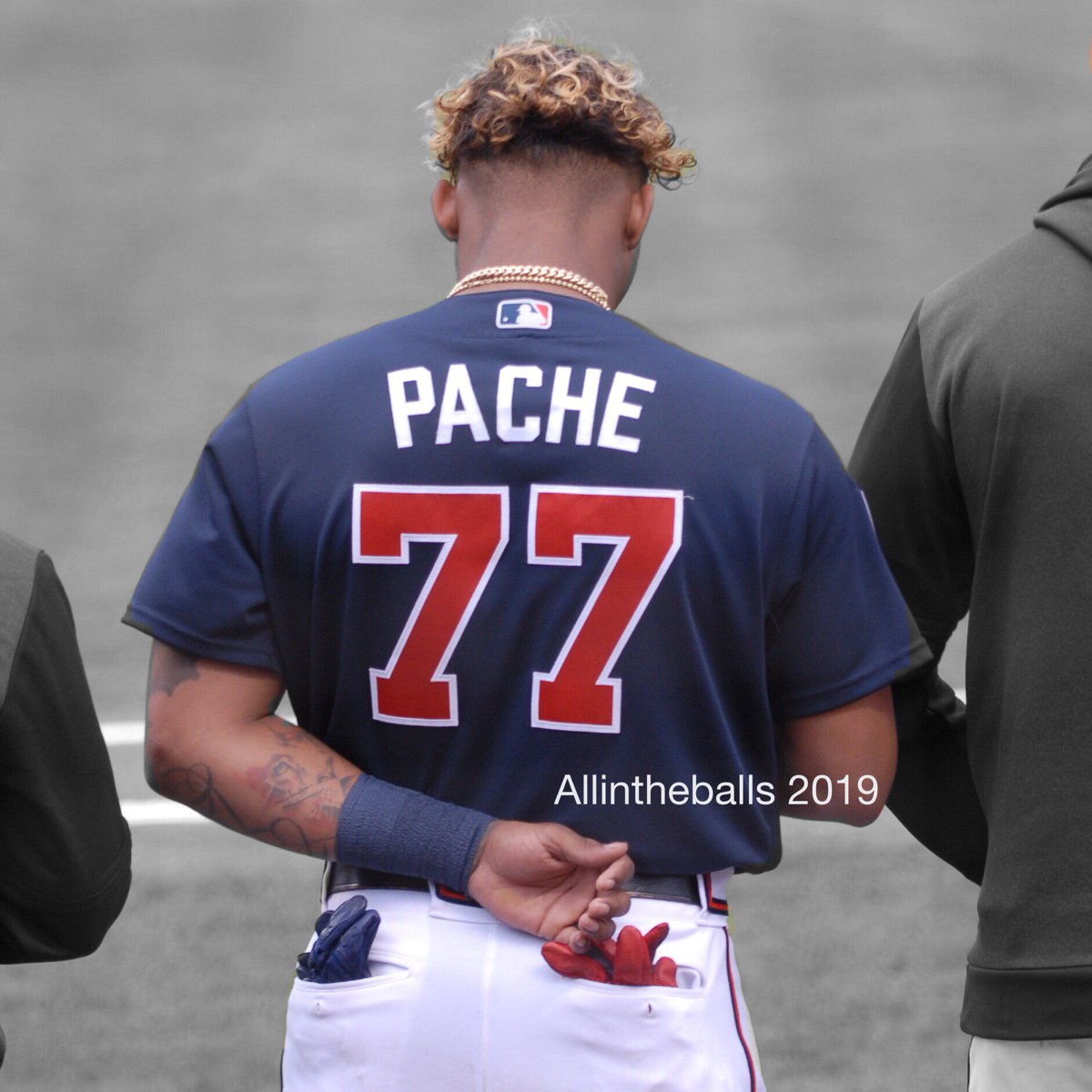 #Braves legendary CF thinks Pache, Waters have the goods; and about that Langeliers cannon, and all those 6-foot-6 prospects/mountains in camp....

#Braves have pair of OFs, pair of catchers among their top prospects, and at least one of each could be long-term difference makers

@SeanJ8 His commitment to this team is exemplary. Glad Freddie is our captain. #Braves 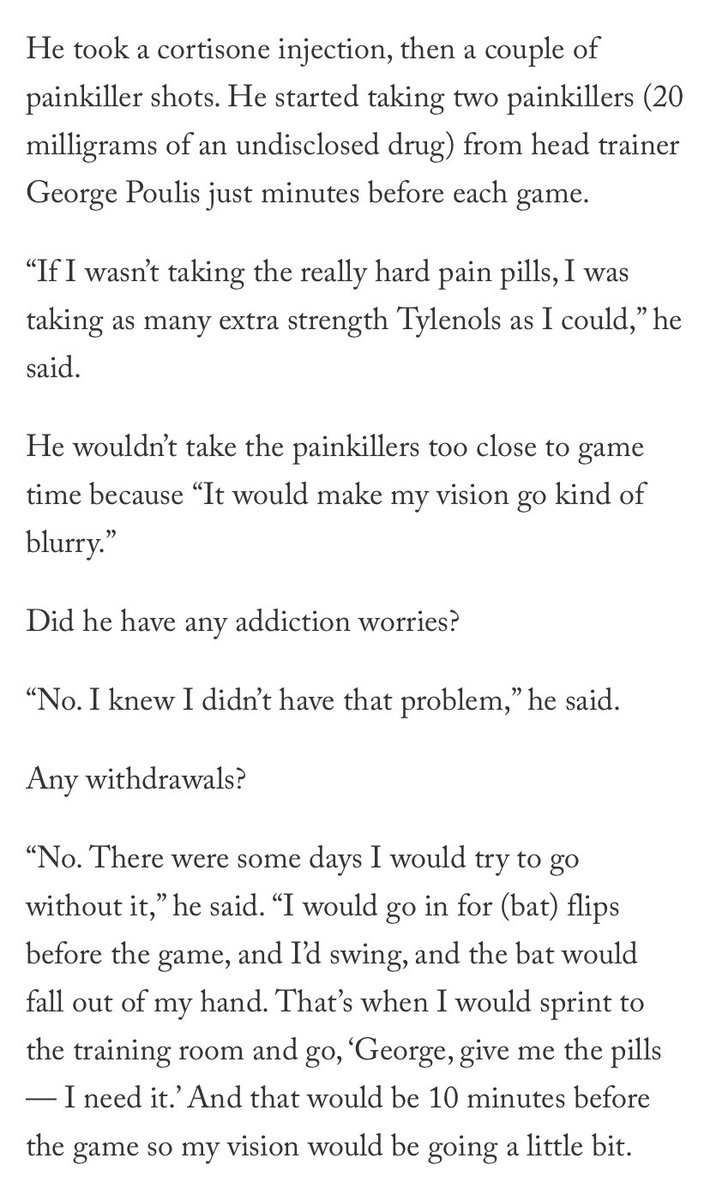 This is all just yikes 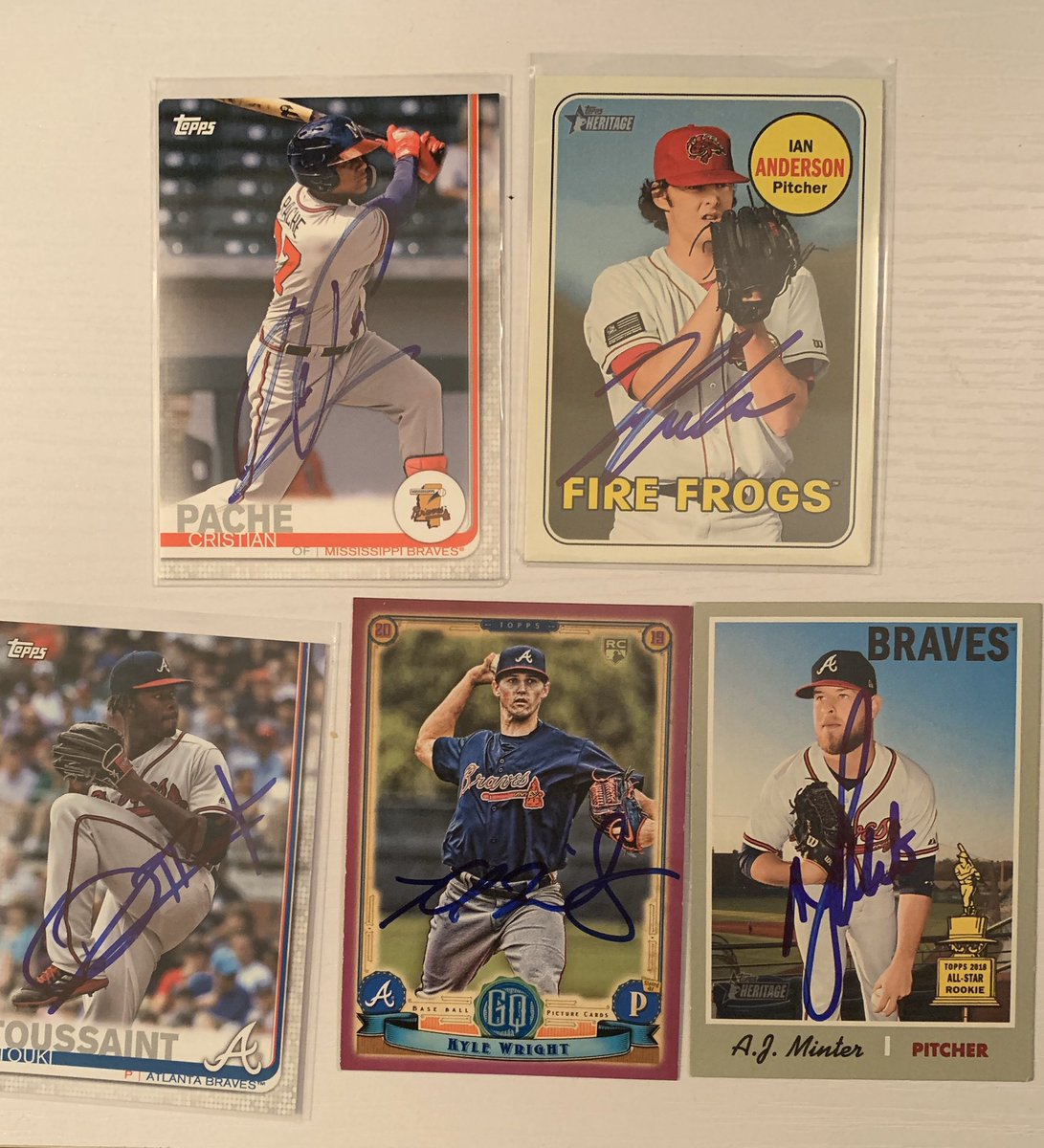 @Kelly_Crull I think I remember you from when you were in Oklahoma when I was living there! Welcome to the Braves! #ChopOn #Braves

Some standout #prospect performances for today:

@DanMckewen @RaysBaseball Not sure I'll be going to any @RaysBaseball games this year....
Can't envision paying for a product the owner doesn't really want me to have.
Might swing the trip to ATL for a few weekends instead...3 more hrs each way but at least they appreciate the fans.... #Braves 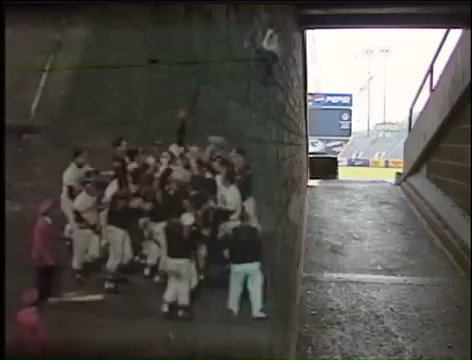 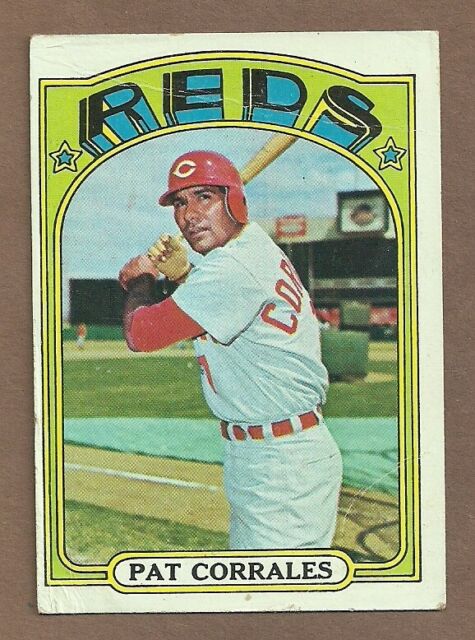 For Day 15 of the #SpringTrainingChallenge, a card we've never seen before.

I parked next to this man's car (Audi station wagon) for 7 years in Atlanta. Always had baseball gear in the back. Long time bench coach for Bobby Cox, but never saw an actual card of his.

@MLBStats Acuña for sure. #Braves #ChopOn

The #Braves' Freddie Freeman took two painkillers before almost every game for six weeks, but not too close to game time because “It would make my vision go kind of blurry.” @TheAthleticATL @TheAthleticMLB 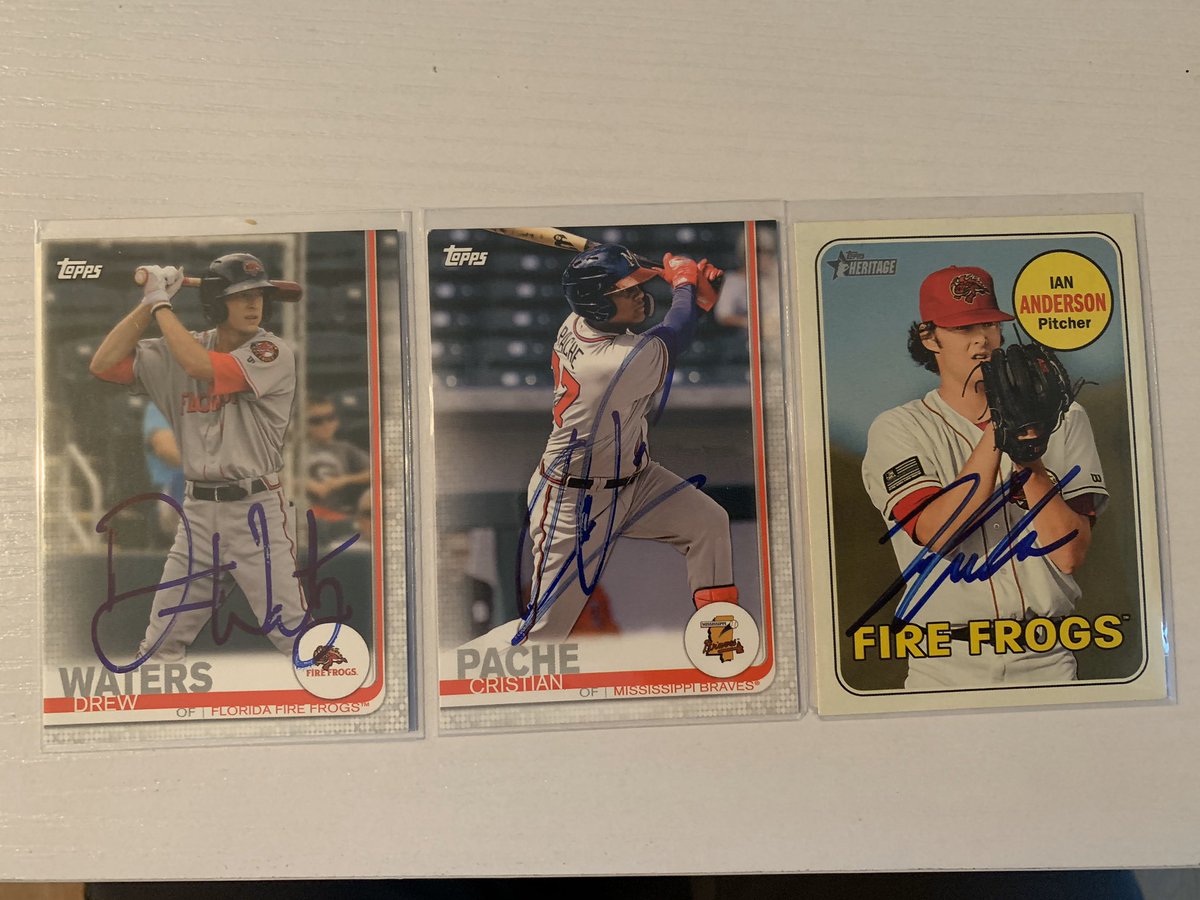 I have Pache, Waters and Anderson cards. 1 of each. Would anyone be interested in them? They are not certified but I assure you they’re authentic. I got them signed in Durham last year. DM if interested. #Braves #baseballcards

We have a feeling we'll be debating this one for a while. 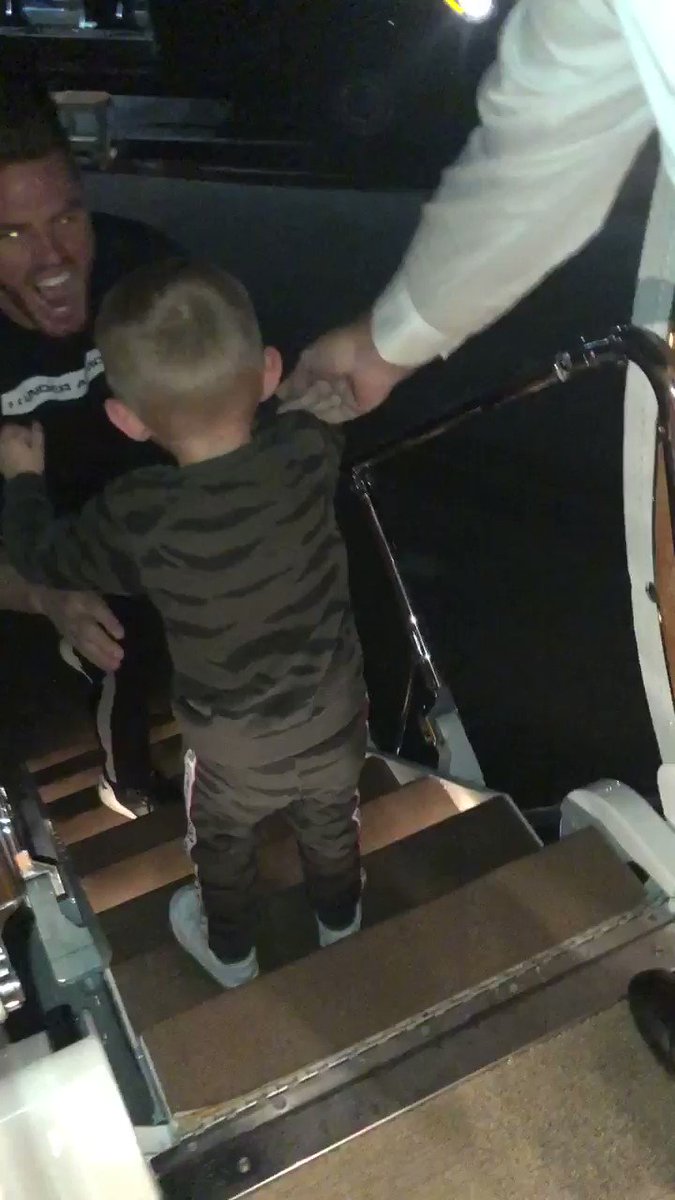 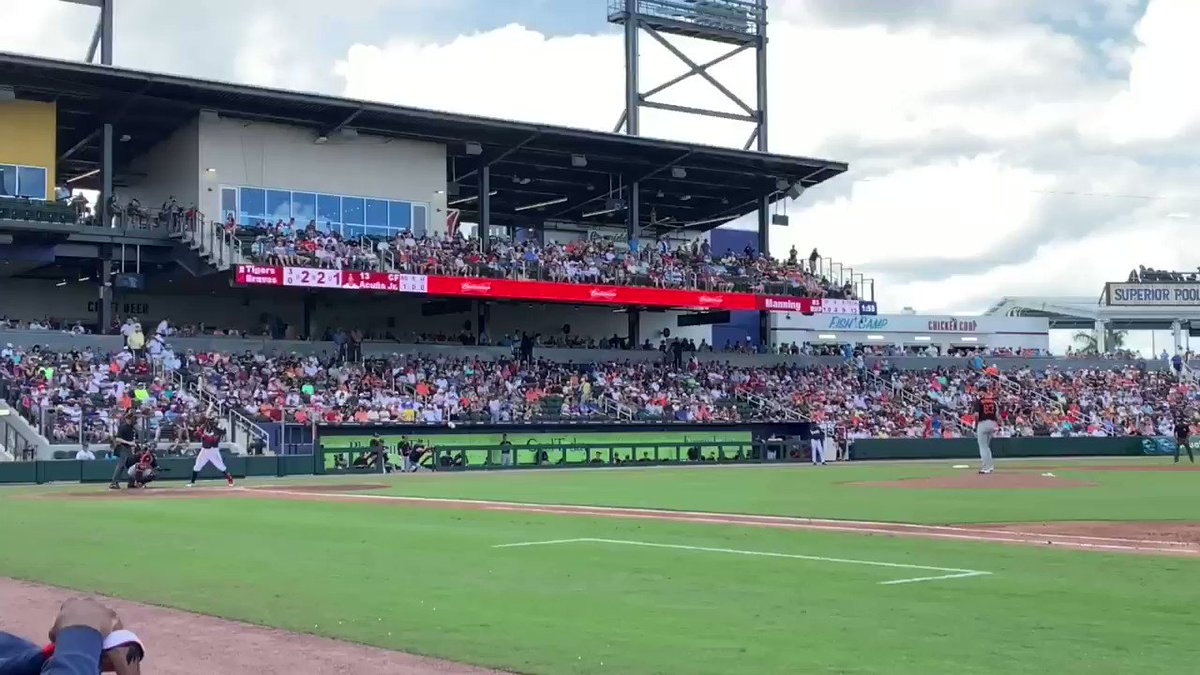 For those of you wondering how hard Acuña swings, fires out of the box & gets down the line on a routine ground ball... #DugoutView
@FOXSportsBraves