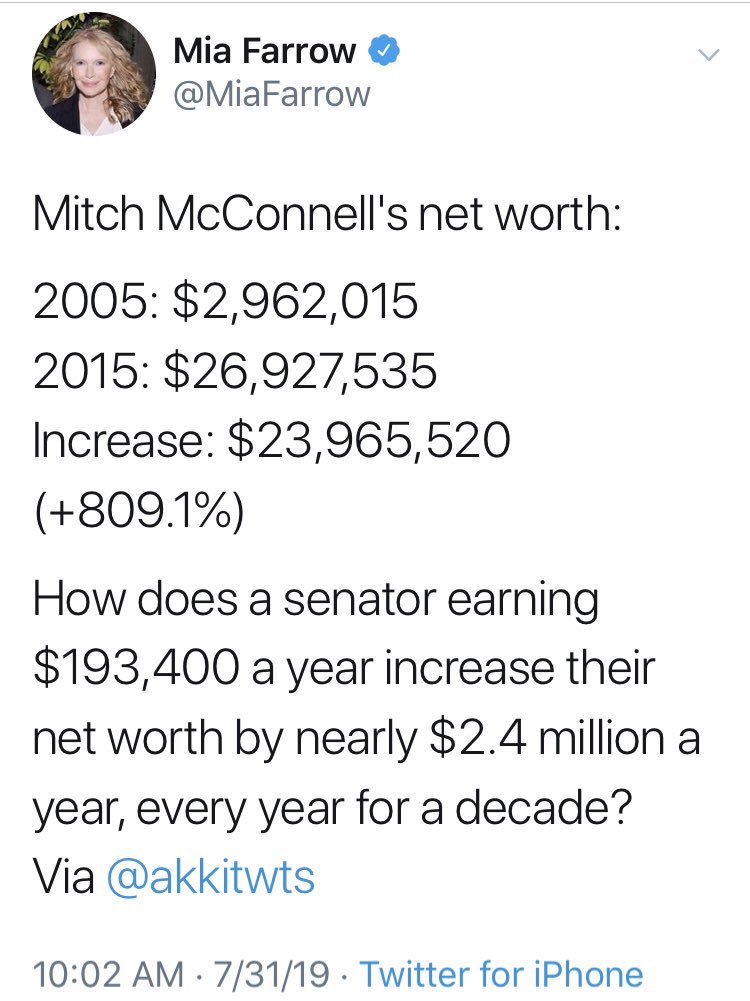 @senatemajldr we would all really love to know how you managed this? Looks super #unethical #treasonous & just dirty. Now we know how much it costs to #purchase a @SenateGOP @GOP @SenSchumer an #ethicsinvestigation should be opened the people demand it!!!! #MoscowMitchMcTreason

Does anyone believe a Congressman, even @DevinNunes, could talk to a guy named #LevParnas 4 times (once for over 8 minutes) within the span of 2 and 1/2 hours and NOT remember it? Surely there’s another #EthicsInvestigation in his future. #RecusalWasRightAnswer #DemCast

#NunesMustResign why not get out while he can? #EthicsInvestigation should be devastating

Parnas was in repeated contact with a Nunes aide, Derek Harvey. He appeared to be looping Harvey into the Ukraine effort led by Rudolph W. Giuliani, and text messages show the three of them met at the Trump hotel in Washington.

Republicans for the Rule of Law

"We commend Sens. Romney, Collins, and any others who will join them in insisting on rules for a full and fair trial that would allow both sides to call witnesses and would allow for necessary documents to be produced."

@GOPLeader @CongressEthics
Where is the #EthicsInvestigation on @GOPLeader, Kevin McCarthy? 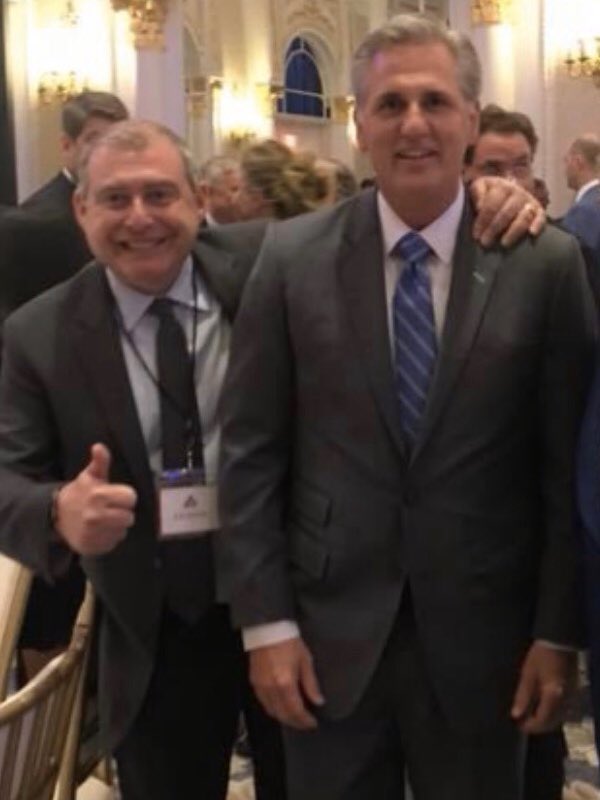 @DevinNunes Hmmm, after @maddow interview with #LevParnas implicating YOU, all of America is laughing out loud at you, waiting for another #EthicsInvestigation of you. Moo

@senatemajldr how much does it cost to buy off a republican now? I’m guessing it only cost @realDonaldTrump giving your wife @SecElaineChao a position. @SenSchumer should open an #EthicsInvestigation #MoscowMitch #traitorMitch #easilypurchased

@RepLoriTrahan Understanding, all the while, that we are defined by our integrity. #EthicsInvestigation

@JudicialWatch gives a broad overview; there are more.

JMOC: one of the few Constitutionist libertarians

@SenTedCruz @realDonaldTrump ... &, this weekend, @RepAdamSchiff copped to knowing whom the pseudo-whistleblower is, & to his staff having worked w/him. That makes Schiff a confessed, not merely suspected, #CoupCoConspirator. An #EthicsInvestigation must be launched, & Schiff m be #ExpelledFromCongress.

Two DUI's
17 driving infractions
dating a woman 17 years his junior WHO WORKED FOR HIM which is against ethics law. #EthicsInvestigation.

Time for this guy to go. He is undermining the credibility of the congress.

And why does he still have his license? #EthicsInvestigation #2

@RepMattGaetz @soychicka @CongressEthics The last time I checked
👇🏻 House Resolution 724👇🏻
Prohibits ANY sexual relationships between members and “any employee of the House that works under [their] supervision.”
So @RepMattGaetz is Kaitlin on the tax payer payroll or still working in your office? 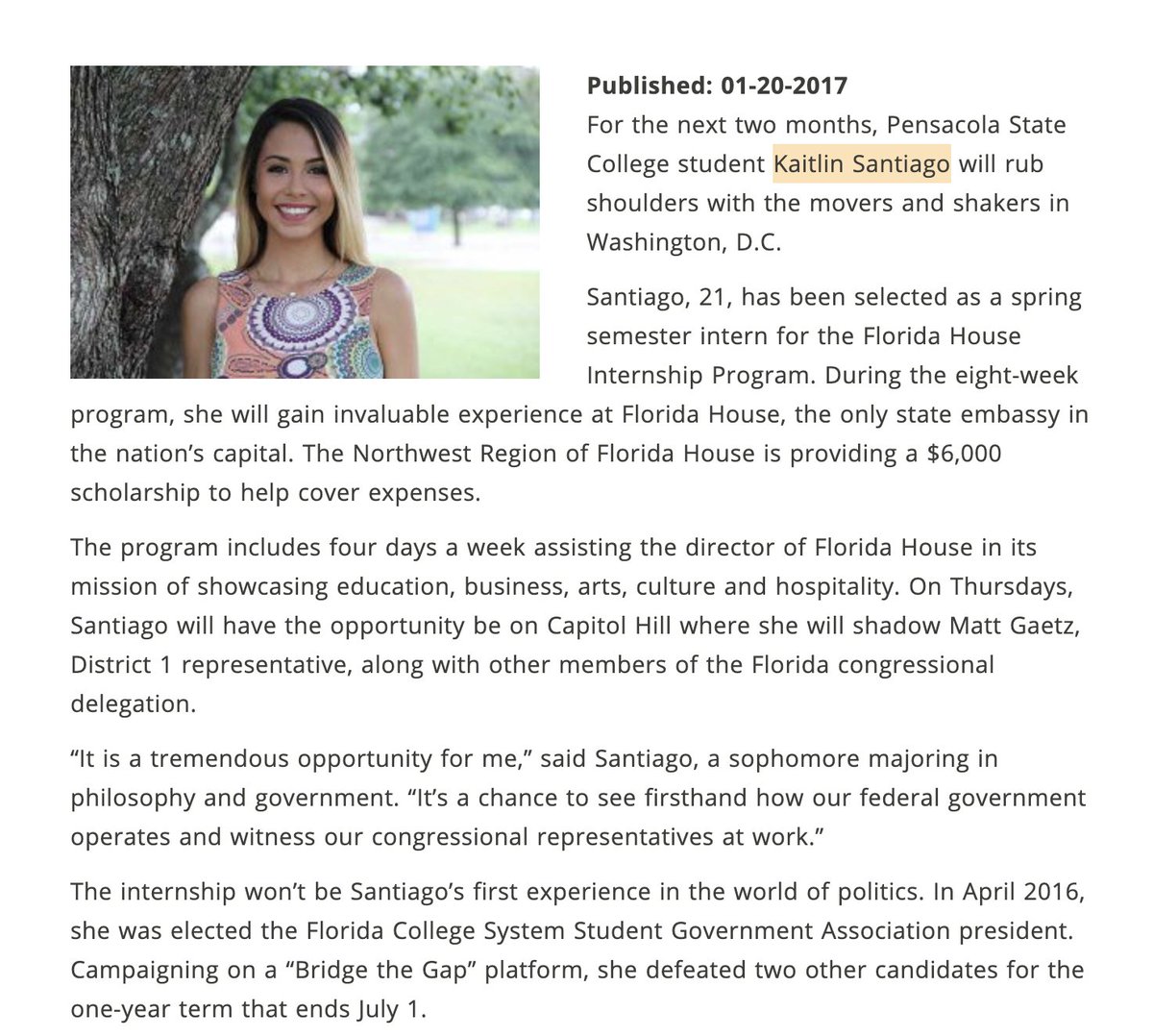 How's Kaitlin doing? She moved to DC, no?

It looks like she was *officially* your intern too.

Would be a shame if anyone opened up an ethics investigation into your relationship.

@peterjhasson @ThunderB They were told journos would be shooed out during their vote.

Given Schiff's collusion with media last week against his enemies--it's not like media are looking for TRUTH.

They're on the Lies and Spies Team with Schiff.

INTERROGATE THEM. #EthicsInvestigation for Schiff 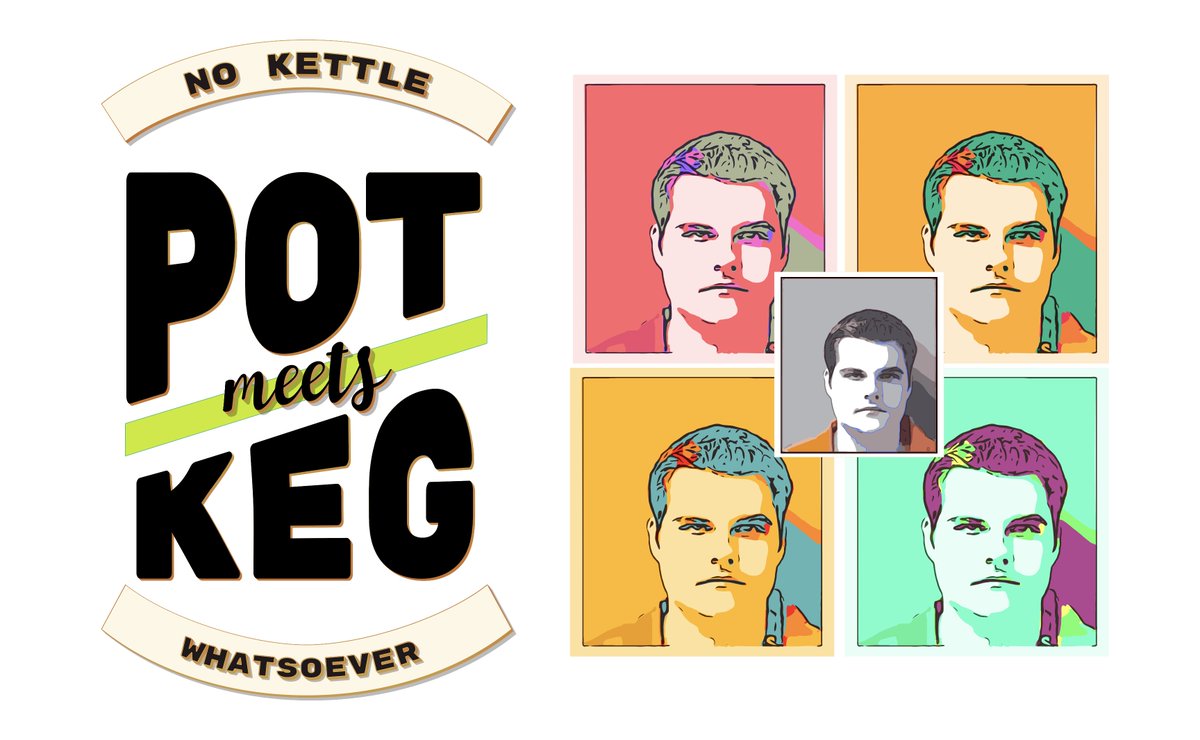 Don’t worry @DevinNunes, @RepAdamSchiff will go through your phone records for you. You are an #OathTakerBreaker #Traitor #IntelligenceCommittee #impeachment #EthicsInvestigation 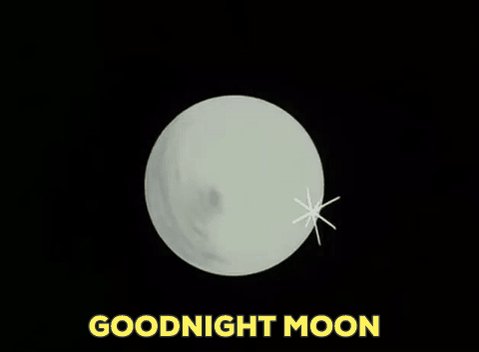 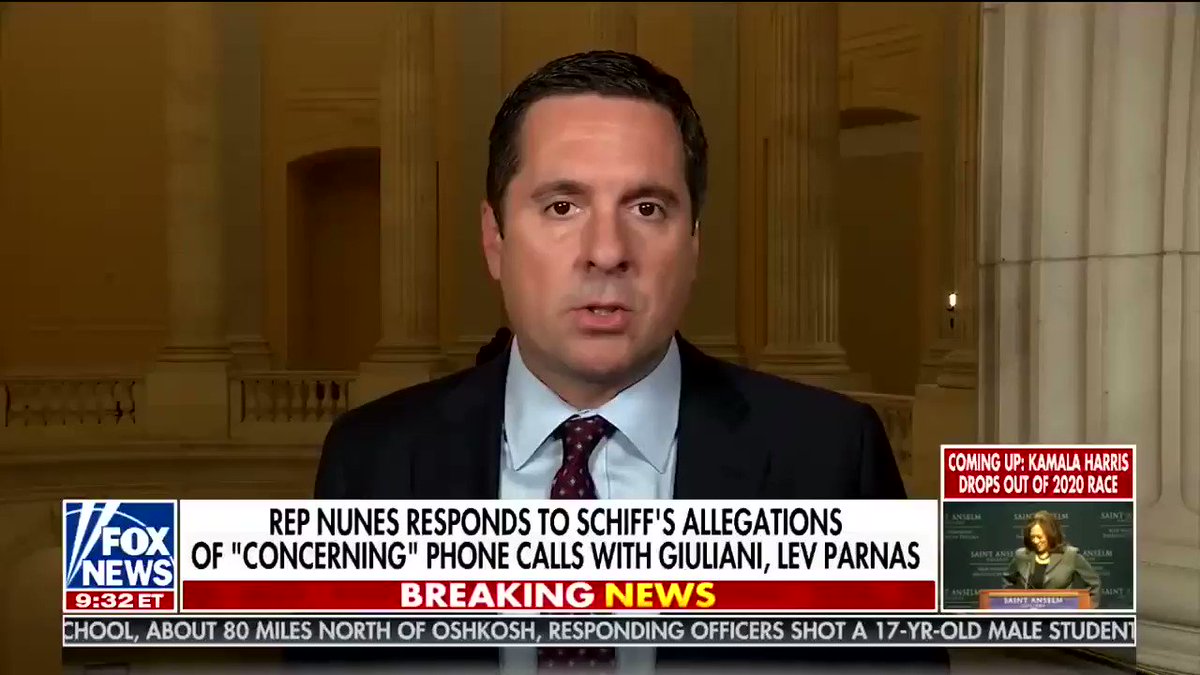 He’s not a good liar.

Under House rules, the @SpeakerPelosi can remove a member from a Select Committee for any reason. The Intelligence Committee is such a committee. Red Devin @DevinNunes should be removed immediately. (PS - We need to kick his ass in the election as well).

@MiekeEoyang I'm way ahead of you my a few minutes. I predict his #EthicsInvestigation that will run a parallel tract into a #CriminalInvestigation at the same time.

@DevinNunes , maybe you need to resign before that #EthicsInvestigation folds into a #CriminalInvestigation. Still, suing a a cow is the most embarrassing....@DevinCow .

Devin Nunes, you should have recused yourself at the outset of the #HIC #ImpeachingHearings. #LetLevSpeak

Schiff, asked about Nunes: "It is, I think, deeply concerning that at a time when the president of the U.S. was using the power of his office to dig up dirt on a political rival that there may be evidence that there were members of Congress complicit in that activity."

New: Call records included in the impeachment report show that Devin Nunes had a number of contacts in April with Rudy Giuliani and Giuliani's now-indicted associate Lev Parnas.

Another one who should resign.

Doing nothing = not doing your job.

#EthicsInvestigation into #DevinNunes likely. #LevParnas, according to his attorney, put Nunes in touch with #Shokin to help him gather damaging information on former #VicePresident #Biden and his son dealings with #Ukraine. #NunesInTheLoop #UkraineScandal

House Armed Services Committee Chair Adam Smith said it is "quite likely, without question" that GOP lawmaker #Nunes will face an #ethicsinvestigation over allegations that he met with a former #Ukrainian prosecutor in attempt to find dirt on Joe Biden.

@DevinNunes Er no. U lost Whatever credibility you though you had is shredded #ethicsinvestigation #DevinNunesGotCaught

Most definitely not in America. Russia maybe. #UkraineGate #EthicsInvestigation #EthicsWatchdog

@VickyPJWard @Becky3456 Why do all these stories say Parnas is "willing" to bury Nunes? Is this foreshadowing that Congress or prosecutors have no intention of asking him on the record? Not joking. Is Nunes being protected? @DevinCow #EthicsInvestigation

We're all just walking each other home

@kylegriffin1 Don’t think Pompeo is gonna be a Senator.

The House needs to open an ethics investigation. Now.

#BREAKING:Now that Dem #KatieHill STEPPED DOWN from Congress amid #MSM reports of an affair, shouldn't MSM ALSO DIG INTO @GOPLeader's alleged affair with a MARRIED #GOP MoC?